This recipe is so simple that I’m surprised I don’t make it more often. Four ingredients with a prep time of fifteen minutes – and that includes the time taken to drag the liquidiser out from where it languishes almost forgotten on the bottom shelf of the pantry and the time taken to wash it up after I’ve finished.

It does, however, require faith. Faith that it will work – that something so simple could possibly work.

The recipe comes from Nick Nairn’s New Scottish Cookery, although I’ve never really discovered what the “new” in the title refers to – twists on some classics, I guess. Anyways, it’s go-to book for me and is full of post-it notes and evidence of previous cooks.

All you need for this is:

You’ll also need a liquidiser/blender – one that can take hot liquids – and 6 espresso cups or mini ramekins.

Don’t even think about making this with low-fat milk or chocolate “melts”. If you don’t have the good stuff, don’t bother.

All you need to do is heat the milk and cream together in a large-ish saucepan over medium heat. You want it to come to the boil slowly.

While this is happening, cut or break the chocolate into small pieces. I generally smash it with a rolling pin while it’s still in its wrapper and finish it off with a knife. (I just re-read that, and it doesn’t sound very good, does it?)

Put the chocolate into your liquidiser and once the milk and cream has come to the boil, pour it over the chocolate and leave to stand for a minute. Pop the lid on, remove the little centre bit and cover the hole with a clean tea towel. Blitz it for about 30 seconds – the hot milk will melt the chocolate.

Crack the egg in and blitz some more – for about another 45 seconds.

Pour the mix into your little cups and pop into the fridge for a few hours to set.

If you want to turn these into chocolate orange cups you can either use orange chocolate or put some orange peel into the milk and cream as it heats – don’t foget to remove it before you tip it over the chocolate.

We serve with a scoop of vanilla ice cream and a little shortbread. 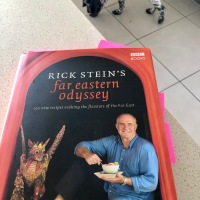 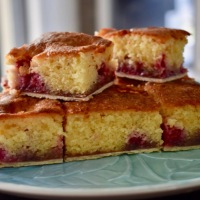 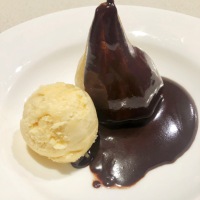